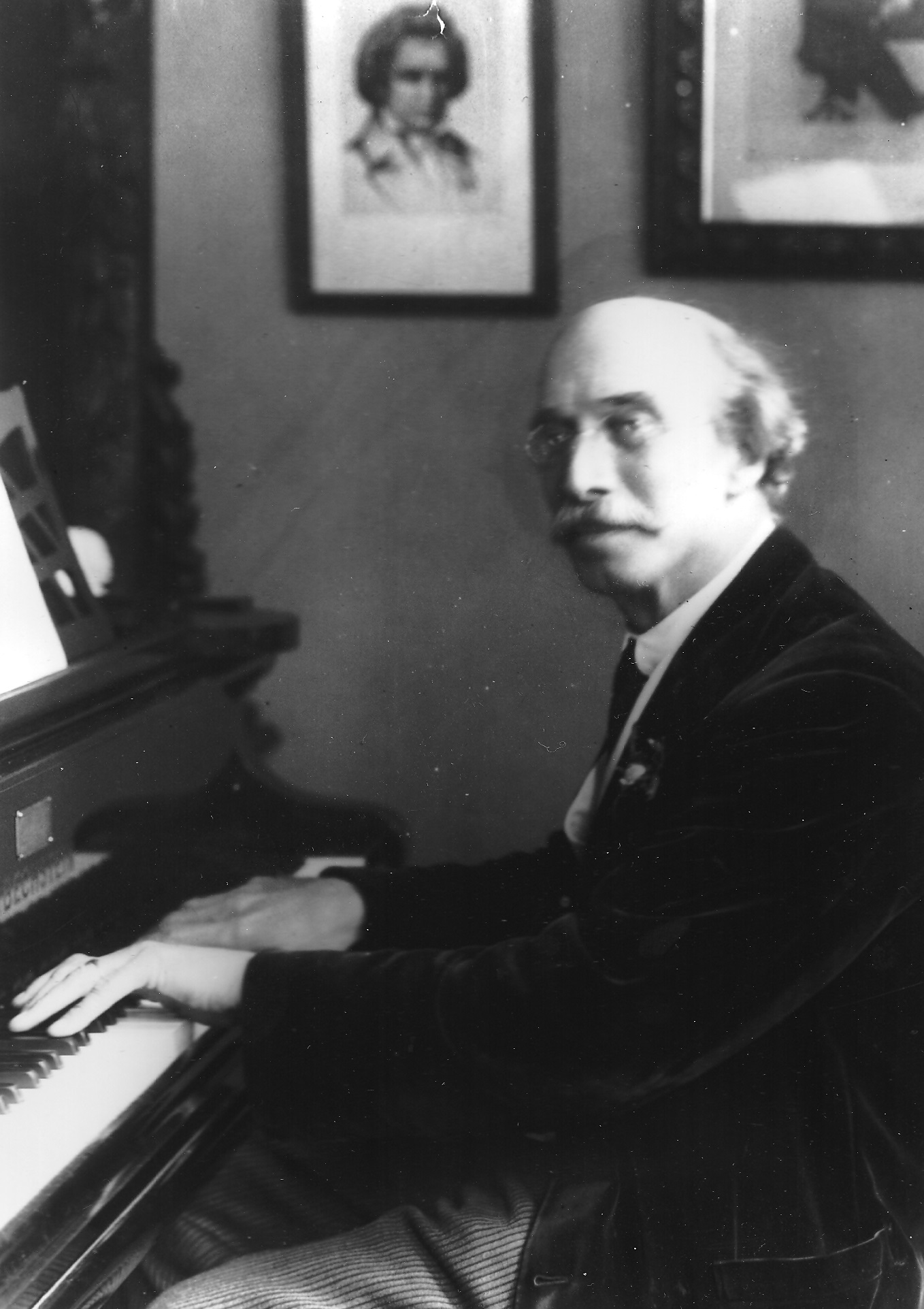 One of the greatest piano teachers of the twentieth century, Tobias Matthay was the foremost piano teacher Britain has produced. In his lifetime, Matthay trained scores of famous pianists, including Dame Myra Hess, Dame Moura Lympany, Sir Clifford Curzon, York Bowen, and Harriet Cohen. Throughout the world, his revolutionary teaching principles were communicated to thousands more by his books, including The Act of Touch (1903), Musical Interpretation (1912), and The Visible and Invisible (1932). For nearly 50 years, he taught at London's Royal Academy of Music, and for over 40, at his own school, which became a magnet for countless numbers of pianists and teachers who established successful careers in countries the world over—especially America. 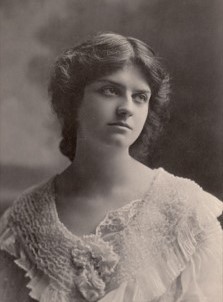 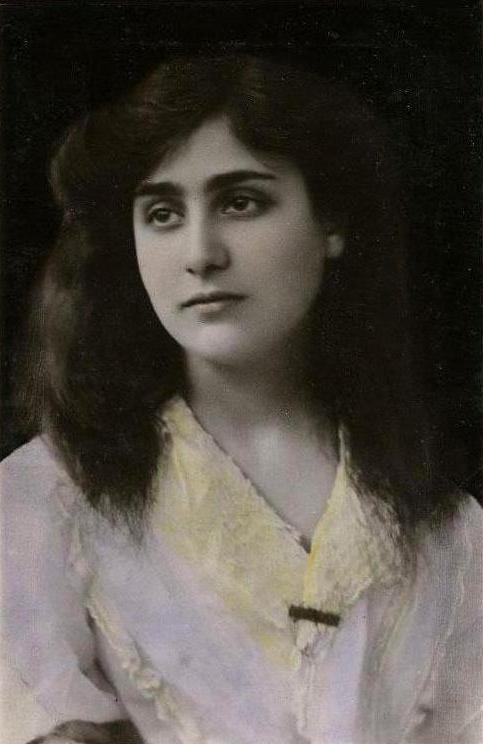 When Tobias Matthay began his long tenure at London's Royal Academy of Music in 1880, its enrollment was largely female, and many viewed the institution as little more than a finishing school&#151a haven where families sent their daughters to acquire a touch of refinement before they married. Scarcely anyone took their professional aspirations seriously, and Matthay's earliest classes were almost exclusively women of modest abilities. As he began his eighth year in September of 1888, he was not yet senior enough to be appointed to the RAM Committee of Management, but he was well aware of “The Case of Miss Meadows,” which came before its members on December 1. On that day, the Committee met to discuss the problems that had befallen one Jessie Meadows, a young female student from London's Regents Park who had entered the Academy in the Easter Term of 1886 as a student of Walter Bache, a former Liszt pupil. Bache was widely admired as a kindly gentleman and a serious musician, but his training was thoroughly German, and when he died in March of 1888, his pupil went to his good friend, the Danish-born Fritz Hartvigson, who had studied with both Liszt and Bülow. The recorded minutes of the December 1 meeting speak with poignancy, for they strike an uncomfortable parallel with many such cases today:

"The Principal [Sir Alexander Mackenzie] informed the Committee that from great & continued practice one of Miss Meadows[’s] hands had given way and that in consequence she had been compelled to leave the Academy during the present Half Term. According to last year[’]s arrangements Miss Meadows would be precluded from the examinations in July but the Committee decided that as Miss Meadows had studied in the Academy for more than 3 consecutive Terms and that her retirement was wholly due to accident, she should be allowed to enter for the Annual Examinations in July 1889."

Whether or not Matthay had yet experienced injuries among his own students, he was no doubt eager to share his recent pedagogical discoveries with them, and his wife later reported that about this time no fewer than four RAM pupils defected to his studio from the class of another professor “which they found stagnant,” and they were soon thrilled when Matthay “was making things hum.” She provides neither the name of the students nor the professor, but his own class was soon characterized by a number of outstanding female performers, and for the first time in the Academy's history, they had soon won every prize the institiution had to offer. By the advent of World War I, many of these same women had changed the face of British pianism.

Although no one in the Edwardian era used the modern term "glass ceiling," by 1920, Tobias Matthay in effect, had shattered it for female British pianists. And within a remarkably short time, a surprisingly large number of women trained in Matthay principles—which enabled them to overcome limitations of strength and avoid the kinds of injuries which had derailed so many others—achieved international prominence. 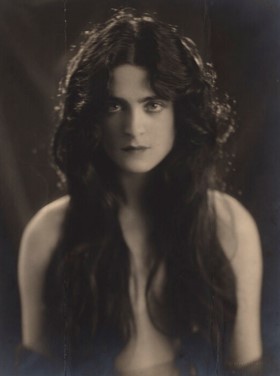 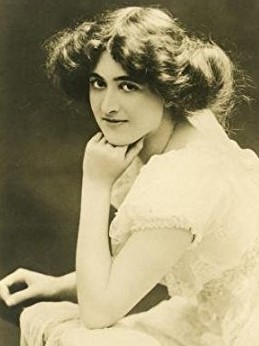 Their ranks included GERTRUDE PEPPERCORN (1879-1966), who toured America twice before 1910, DAME MYRA HESS (1890-1965), one of the most heralded pianists of the twentieth century, IRENE SCHARRER (1888-1971), whose first recording appeared on the Gramophone label as early as 1909, HARRIET COHEN (1895-1967), who in 1924 became the first pianist to record the Bach D minor Concerto for Columbia, EILEEN JOYCE (1908-91), who stunned audiences with her electrifying virtuosity, and whose complete studio recordings have now been released as a 10-CD set by Decca, and DAME MOURA LYMPANY (1916-2005), the first pianist to record all 24 Rachmaninoff Preludes, and the first Western pianist to perform Khachaturian's Concerto, which she coached extensively with Matthay.

This year, we honor these iconic pianists and the principles that nurtured their development. A special presentation has been planned which will include a panel discussion moderated by MARY PENDLETON-HOFFER, the current President of the American Matthay Association, with the participation of JANICE LARSON RAZAQ, our current Vice-President, and other outstanding pianists such as ANN SEARS, who will discuss the value of Matthay's principles in promoting and extending careers by enabling the avoidance of injuries. STEPHEN SIEK, the author of England's Piano Sage: The Life and Teachings of Tobias Matthay, will also offer a special session honoring recent Decca reissues of recordings by EILEEN JOYCE and MOURA LYMPANY. 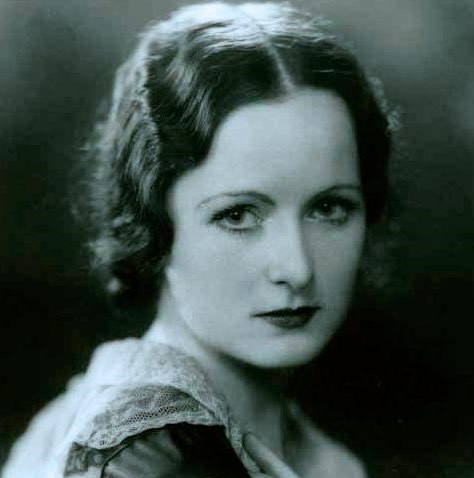 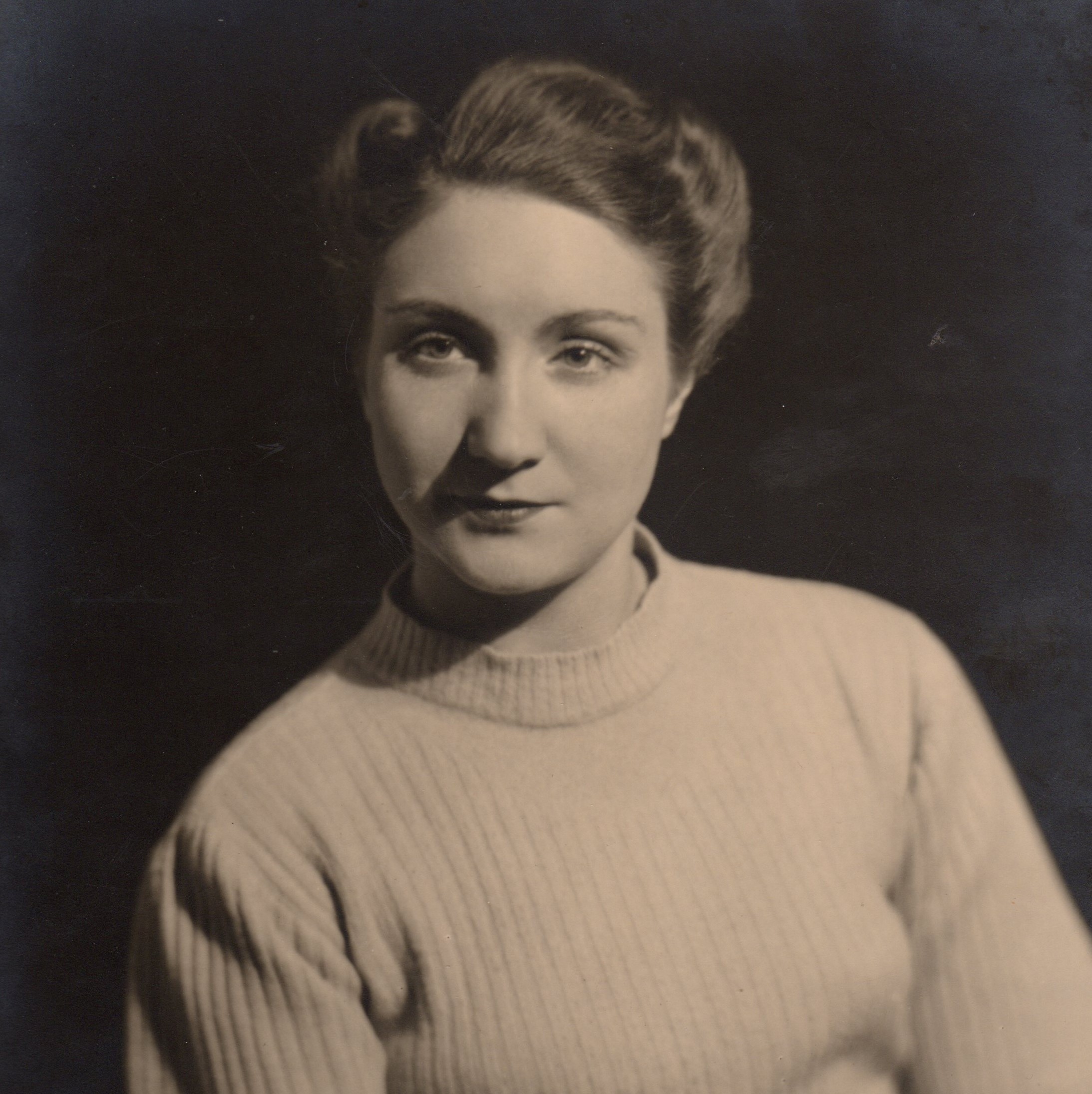 Six prominent Matthay-trained pianists at the very beginning of their careers. 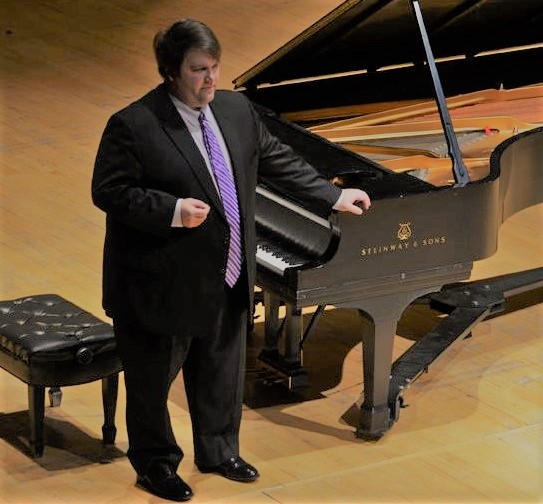 has been hailed as “a superlative musician” playing “with musical conviction and muscularity.” He has performed throughout the United States and abroad as both soloist and collaborator. In 2003, he was invited to the Lake District Summer Music Festival in England where he was featured on both of the festival’s gala performances. Recent engagements include performances at Carnegie Hall as well as concerto appearances with Rachmaninoff’s Rhapsody on a Theme by Paganini with the Huxford Symphony Orchestra, Gershwin’s Rhapsody in Blue with the University of Alabama Wind Ensemble, Beethoven’s Choral Fantasy with the Athens Chorale in Georgia, and Gerald Finzi’s Eclogue. Recital engagements have included the University of Oklahoma, the Louisiana Piano Series International, and the Albion College International Piano Festival. He has also been presented in performances by the Mobile Opera, the Mississippi Opera, Cedar Rapids Opera Theatre, the University of Texas at Brownsville, the University of South Carolina, Columbus State University, Auburn University, Millsaps College, the University of North Dakota, the Saratoga Arts Fest, Bucknell University, and the University of Alabama. Dr. Chance holds a DMA from the Eastman School of Music and he currently serves as assistant professor of piano and assistant coordinator of the keyboard area at the University of Alabama. His Matthay-trained teachers include Barry Snyder, Constance Knox Carroll, Ann Schein, and the late Anne Koscielny. 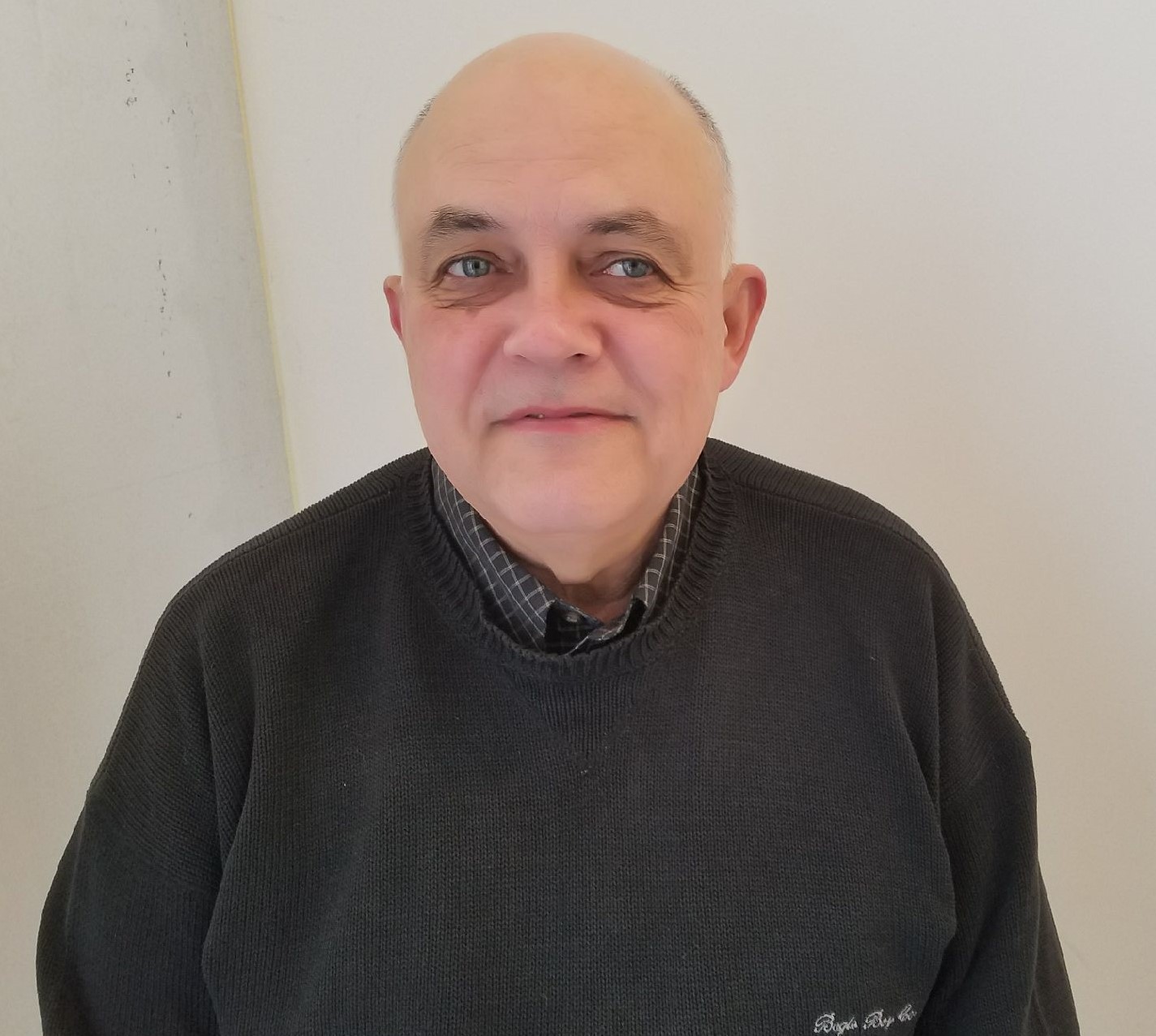 has, in his words, "an ancient but interrupted history with the American Matthay Association." In 1971, while he was a student of Donald Hageman, he was the recipient of the first Clara Wells award; he received that honor again in 1974. In 1976 he was privileged to play a solo recital for the Festival held at the Toronto Royal Conservatory of Music, and he presented another recital for the Festival at San Jose State University in 1980 . In 1976 he became the principal pianist for the San Francisco Ballet where he played classes and rehearsals for the company and served as orchestra keyboardist. This also gave him the opportunity to perform such works as the Stravinsky Capriccio and the Tchaikovsky Third Concerto as piano soloist at various venues including Ravinia, the Edinburgh Festival, Blossom Center, and the White House. During this time he also studied with pianist Marta Bracchi-LeRoux. After many career interruptions, in 2015 Jim began working on a solo recital, his first in almost 35 years. A year later he presented a program consisting of two of his "bucket list" pieces, the Beethoven "Eroica" Variations and the Schubert B-flat Sonata. Also on the program was the Elliott Carter Catènaires. Currently a resident a resident of Chattanooga, he is delighted to have this opportunity to reconnect with the American Matthay Association. 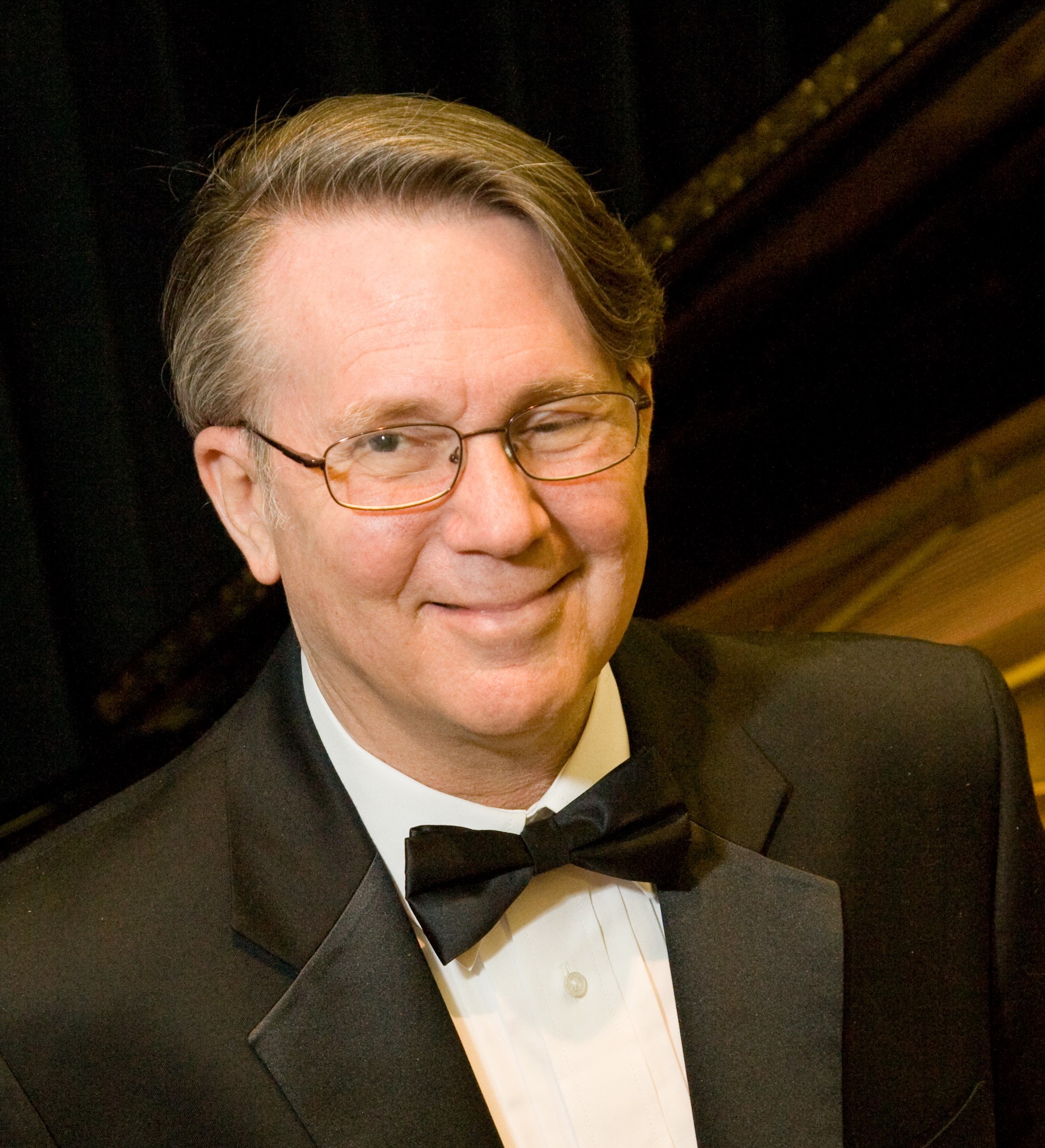 has concertized extensively throughout America, and he made his London debut in 1988. He has released an acclaimed recording of The Philadelphia Sonatas of Alexander Reinagle (c. 1750-1809) on the Titanic label, and he is the author of England's Piano Sage: The Life and Teachings of Tobias Matthay, published by Scarecrow Press in 2012. His most recent book is A Dictionary for the Modern Pianist, published by Rowman & Littlefield in November of 2016. He is also well-known as an annotator, and he recently contributed the liner notes to Decca's 2017 reissue of the 24 Rachmaninoff Preludes by Moura Lympany. He frequently performs and lectures at piano conferences throughout the world for organizations such as the Historical Keyboard Society of America and the American Liszt Society, and in July of 2015 he performed Matthay's Four Scottish Dances and Melodies in Glasgow at the Royal Conservatoire of Scotland for an international conference devoted to Music in Nineteenth-Century Britain. He holds bachelor and master of music degrees in piano from the University of Maryland, where he studied with Stewart Gordon, and his additional piano studies were undertaken with Donald Hageman, Frank Mannheimer, and Denise Lassimonne. He also holds a Ph.D. in musicology from the College-Conservatory of Music at the University of Cincinnati, and he is a professor emeritus of music at Wittenberg University in Springfield, Ohio. 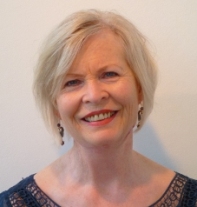 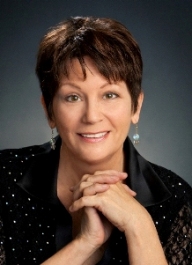 The performers will include: 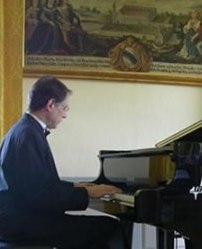 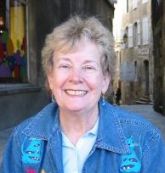 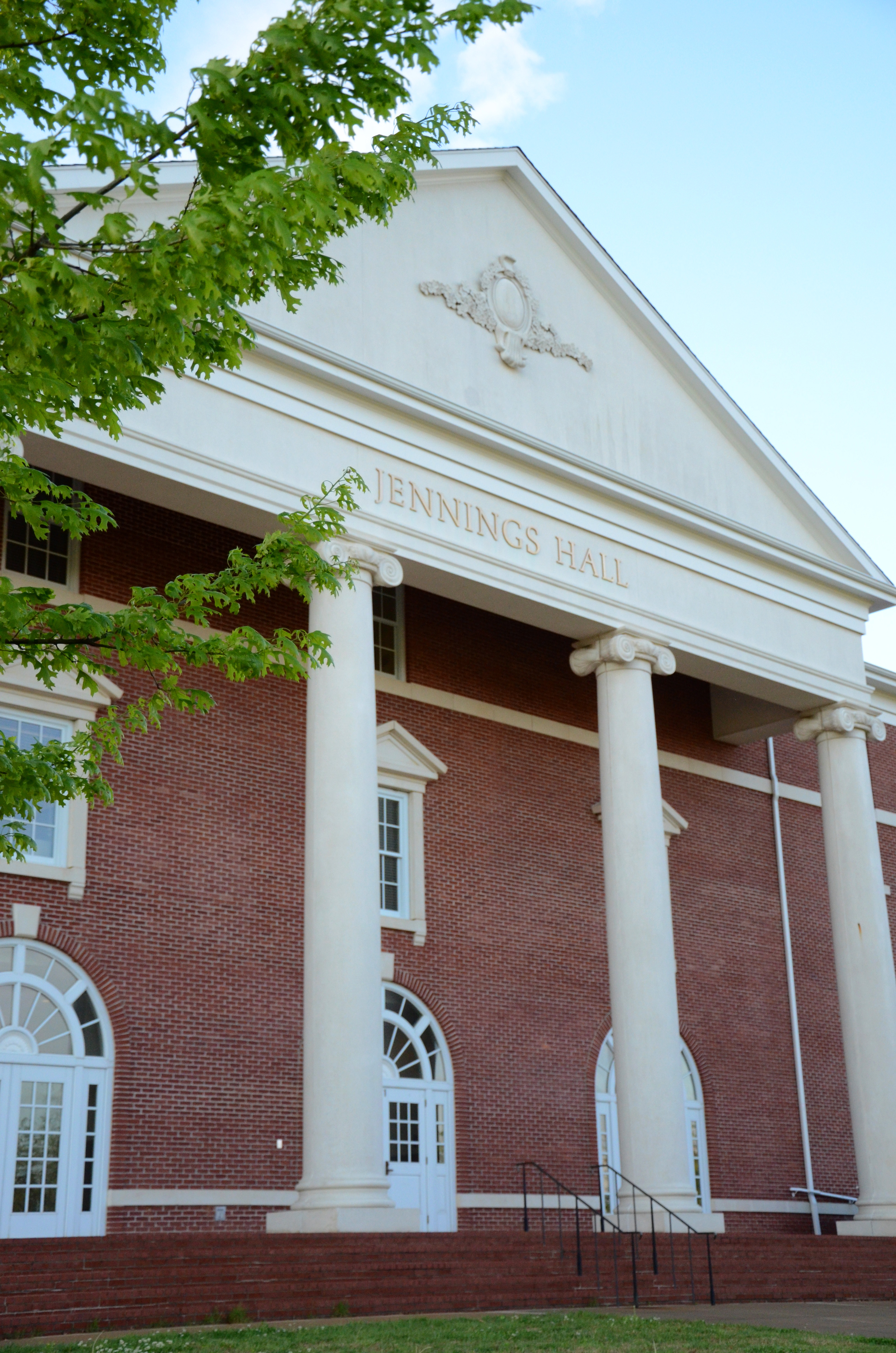 Union University is located on the north side of Jackson, Tennessee. Jackson, with an area population of 100,000, is located 80 miles east of Memphis and 120 miles west of Nashville. Union is a private, four-year, coeducational liberal arts-based university offering bachelor's, master's and doctoral degrees. Founded in 1823, Union is the oldest institution affiliated with the Southern Baptist Convention. The music programs are accredited by the National Association of Schools of Music. The student body includes undergraduate and graduate students from 47 states and 16 countries. The Logos Library is the newest building on campus, and is located next to Jennings Hall (right), site of the Matthay Festival. 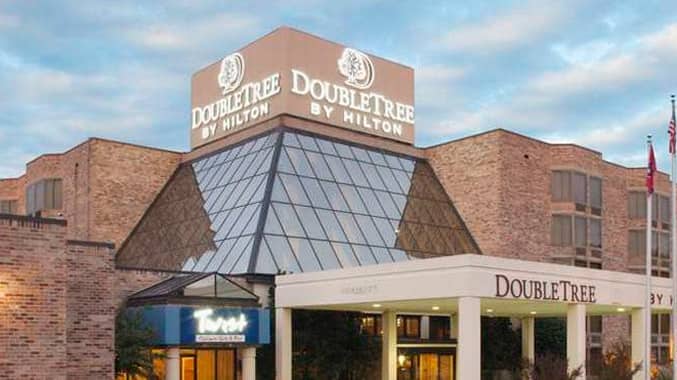 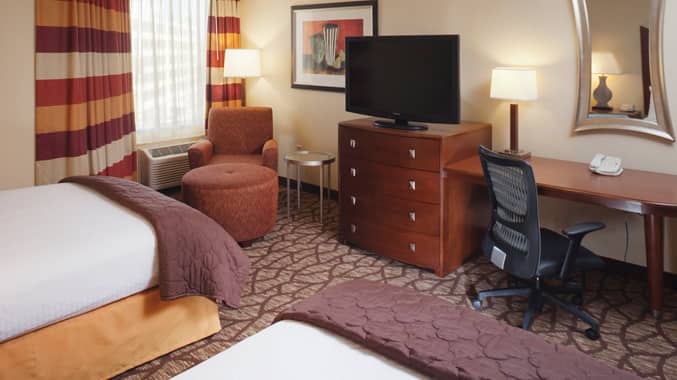 Participants are responsible for their own lodging. A block of rooms has been reserved at the DoubleTree Hotel at 1770 Highway 45 By-Pass in Jackson. (731 664-6900) The group rate is $99.00 per night. To receive the group rate mention the group code, UNI. These rooms will be held at the special rate until May 22, 2018. 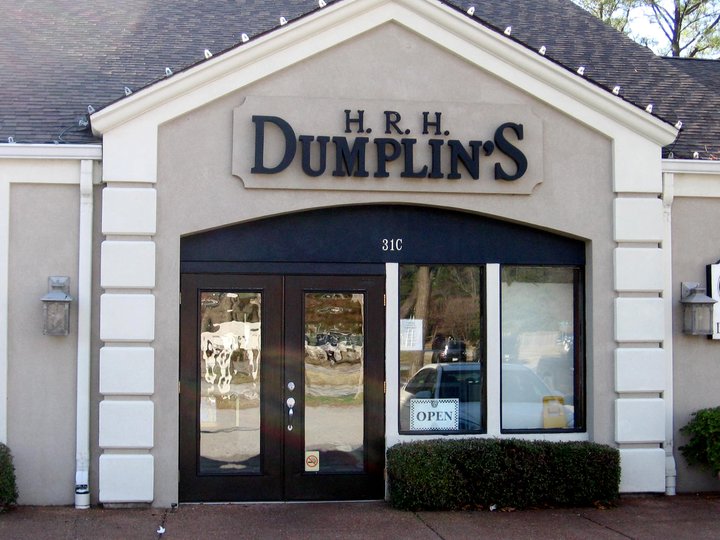 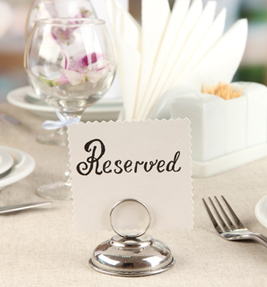