From Fists to Fingers

Based on a Concept by Helen Parker Ford

HELEN PARKER FORD, a pupil of Tobias Matthay, died on February 23, 1997, at the age of 102. She served as President of the American Matthay Association from 1961 to 1965, and after Mr. Matthay's death in 1945, she was one of the principal organizers who worked to insure that the organization did not disband. Through her long career, well into her nineties, she maintained a passion for communicating Matthay principles to small children, and over the years she developed a unique approach based on Mr. Matthay's "Nine First Steps," in which youngsters learn to balance their arms before they use their fingers. Like Matthay, she also strove to make her pupils understand the essentials of how the piano works, in terms they can easily understand. Her concepts have been clarified and offered in an attractive modern edition, edited by AMA members Carl Angelo and Marie Hasse.

CARL ANGELO is a 1991 graduate of Indiana University with a doctorate in organ performance. He has a B.M. degree in music education and an M.M. degree in sacred music from Kent State University. He has performed organ and piano concerts in Ohio, Indiana, Florida, and Michigan. His organ teachers have included Larry Smith, John D. Herr, and John Ferguson. Dr. Angelo also received extensive piano training from pianist Nellie Whittaker, a graduate of Juilliard, and he has coached additionally with Gary Wolf. For the past several years he has also collaborated with Marie Hasse to design the graphical images for From Fists to Fingers. Dr. Angelo is currently the Minister of Music/Organist at First Congregational Church, Saginaw, Michigan. Prior to this appointment, for eight years, he served as the Minister of Music and Organist at First Presbyterian Church in Winter Haven, Florida, where he directed a comprehensive program of choirs and instrumental ensembles.

MARIE HASSE holds a Bachelor of Arts in Piano Performance from the University of Central Florida, where she studied with Gary Wolf. She is Head of Keyboard Studies at Polk Community College and she also teaches privately in the Winter Haven Area. She is currently the President of the Bach Festival of Central Florida, a past president of the Florida State Music Teachers Association, and she frequently adjudicates for FSMTA student events. As Southeastern Regional Junior Festivals Chairman, she is also active in the student events of the Florida Federation of Music Clubs. Ms. Hasse is presently serving as Secretary for the American Matthay Association for the second time and has frequently lectured at the AMA's annual festivals. She performs in chamber music recitals in the area and lectures on piano pedagogy.

Click on the images below to see full-sized pages 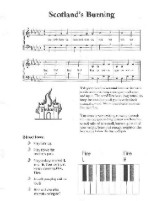 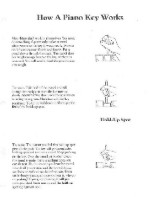 Back to Matthay Publications Page