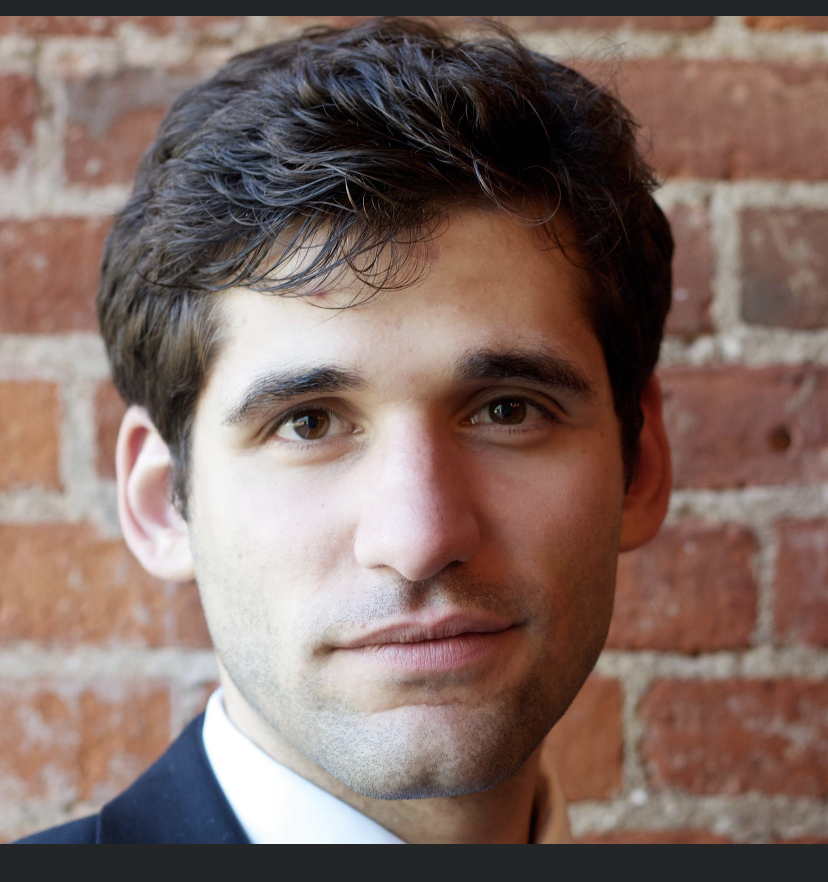 is the Clara Wells Fellow, Collegiate Division, for 2020. A native of Dexter Michigan, Mr. Santoro is now a DMA candidate at the University of Alabama, set to graduate in August 2022. Since beginning his Master's degree at UA, he has studied under Dr. Kevin Chance for the past five years. He has also served as a full-time graduate assistant. His assistantship includes serving as the collaborative pianist and assistant conductor for UA’s Opera Theatre while also accompanying the university’s voice students. In both 2021 and 2019, Mr. Santoro was the winner of AMTA’s district competition. Other recent highlights include serving as the Music Director for “In Too Deep,” a UA Opera Theatre scenes program, and being the collaborative pianist for UA Opera Theatre’s Thérèse Raquin (2022), Amahl and the Night Visitors (2016-2021), Die Zauberflöte (2021), and the world premieres of Michael Ching’s Remove Shoes Before Entering (2020) and Joseph Landers’ Let Us Now Praise Famous Men(2019). He was also the pianist for UA Opera Theatre’s Letters to Quebec from Providence in the Rain (2017), which was awarded second place in the National Opera Association’s production competition.


Back to AMA Festival Program 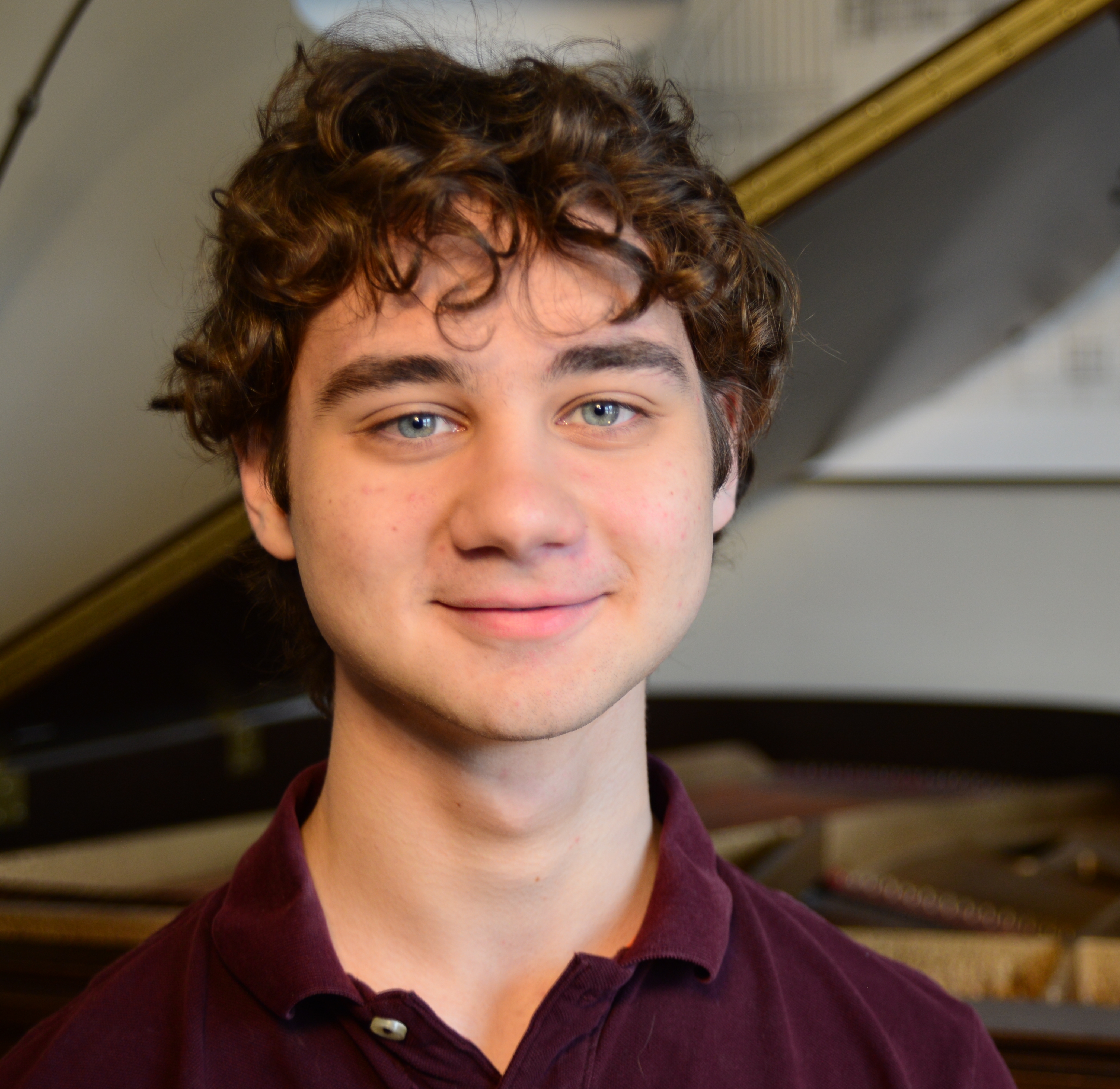 is the Clara Wells Fellow, High School Division, for 2022. A native of Windsor, Ontario, he currently studies with Mary Siciliano. Matthew has performed in recitals and competitions hosted by Schoolcraft College, the Metropolitan Detroit Musicians League, and Oakland University. He began his piano studies under Lillian Scheirich of the Windsor Symphony Orchestra in 2009, and competed annually in the Windsor/Essex Kiwanis Music Festival, winning the Festival Award each year from 2015 to 2019, and the Academie Ste-C&#233cile Award in 2016. Matthew has also completed piano examinations under the Royal Conservatory of Music, frequently achieving Honours with Distinction. Participating in F.J. Brennan’s Concert Band, Jazz Ensemble, and Liturgical Choir, as well as frequently playing chamber music with Lillian Scheirich, Matthew has gained experience in ensemble work. He has participated in masterclasses under Dr. Tian Tian of Oakland University, and worked under the guidance of Dr. Derek Polischuk of Michigan State University. </b></font></font> </font> <br><br><br> <br> <br><br><br> <br> <br> <br> <br> <br> <br> <a href="http://www.matthay.org/2022.htm"> <b><i>Back to AMA Festival Program</i></b></a><br><br> <p> <a name="Naren"> <IMG HSPACE=9 ALIGN=LEFT SRC="Naren1.jpg" width="291" height="316" alt=""> <font color="ff0000"><h2>Naren Palomino</h2></font></A> <FONT COLOR="#A0522D"> <FONT FACE="Futura, Helvetica"> <font size = -1> <b>is the Clara Wells Fellow, Collegiate Division, for 2022. A native of Cochabamba, Bolivia, he studied music at the Academia Nacional de Música, "Man Césped," starting his piano studies with Prof. Betzabé Gutiérrez and Prof. Juan Carlos Toro. Upon graduating from the academy, he continued his studies in piano performance, choral and orchestral conducting, composition, and arranging under Prof. Koichi Fujii. After his graduation, he joined the faculty of the music academy, where he taught piano and ear training. He was also the accompanist for the Children's Choir and Youth Choir, and the conductor of the "Man Césped" Percussion ensemble, Folk Orchestra, and Symphony Orchestra. In 2018 he was accepted to the University of Central Arkansas, where he has studied under <a href="http://www.matthay.org/bios2022.htm#rutman">Dr. Neil Rutman.</a> At UCA, he has played piano and keyboard for the UCA Wind Ensemble, the UCA Studio Jazz ensemble, and the Conway Symphony Orchestra. This spring he received his BMus from UCA and he plans to attend graduate school in the fall. </b></font></font> </font> <br><br><br> <br> <br><br><br> <br> <br> <br> <br> <br> <br> <a href="http://www.matthay.org/2022.htm"> <b><i>Back to AMA Festival Program</i></b></a><br><br> <p> <a name="Mariko"><img src="Mariko2.JPG" alt="" align="left" width="291" height="300" hspace="10"> <font color="#ff0000"></font></a></p><h2><a name="Mariko"><font color="#ff0000">Mariko Yamada</font></a></h2> <font color="#a0522d"> <font face="Futura, Helvetica"> <font size="-1"> <b>has been chosen as Alternate for the Clara Wells Fellowship, Collegiate Division, for 2022. She has studied both musicology and piano, and is researching the work of Matthay from both an academic and performance perspective. She is currently enrolled in the first year of a doctoral course in musicology at Ochanomizu University. She graduated from the Piano Performance Course at the Tokyo College of Music and has recently completed her Master's degree at Ochanomizu University. Her main research interest is the theory of piano performance. For her master's thesis, she undertook a full translation and reinterpretation of Matthay's first book, <i>The Act of Touch in all its Diversity</i>, a large work of over 300 pages with copious footnotes. The results were submitted to Ochanomizu University under the title “Reconsidering Performance Theory in Tobias Augustus Matthay's <i>The Act of Touch in all its Diversity</i> (1903),” and this summer at the Matthay Festival, she will present a brief talk describing her work and discussing present-day Matthay awareness in Japan. In 2018 she received a scholarship from the Tokyo College of Music to study for a short time at the Hanover University of Music, Drama and Media. She also achieved excellent results in the graduation examinations of the Tokyo College of Music and performed in the graduation concert of outstanding achievement in 2018. She won first prize at the 16th Senzoku Gakuen College of Music Competition for Juniors in the Department of High School Students. She also won first prize in the Department of High School Students at The 6th Tokyo Piano Competition. She studied piano under Ms. Nobiko Miyoshi, Mr. Tomoaki Yoshida, Ms. Yukiko Sato, and Prof. Takashi Murakami. She currently studies piano under Prof. Keta Kosaka and studies musicology under Prof. Tokiko Inoue.</b></font></font></font> <br><br><br><br> <br><br><a href="http://www.matthay.org/2022.htm"> <b><i>Back to AMA Festival Program</i></b></a><br><br> <br><br> <br><br><br><br> <br> </b></font></font></font> <br><br><br><br><br><br><br><br><br><br><br><br><br><br> </b><p></p></body></html>